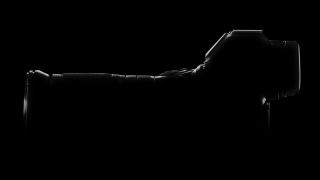 Update (25/07): Nikon has added the following details to its new microsite

We are pleased to announce the development of a full-frame, Nikon FX-format, mirrorless camera and NIKKOR lenses that features a new mount.

The mirrorless camera and NIKKOR lenses that are in development have enabled the pursuit of a new dimension in optical performance, with the adoption of a new mount. The mirrorless camera is the result of Nikon’s advanced optical and manufacturing capabilities gained through over a century of heritage, as well as superior image processing technology. The expertise built up through the development of Nikon’s digital-SLR cameras has also critically contributed to this development.

With this new mirrorless camera and NIKKOR lenses, we are committed to providing photographers with the ability to capture images that are richer and more vivid than ever before.

Additionally, a new mount adapter is being developed for the new mirrorless camera. This will work with the F-Mount NIKKOR lenses that are part of the Nikon digital-SLR system, adding to the variety of choices for photographers.

Nikon will continue to lead imaging culture with the launch of the new mirrorless camera, as well as with the continued development of Nikon digital-SLR cameras, providing consumers with the choices to enjoy the unique values of either system.

Read more: Nikon's new mirrorless camera: What can we tell from the new image?

Titled Travel of Light, the sci-fi-styled video (below) is largely made up of graphics that show the way light travels towards a camera, sensor and lens. The video, which was spotted by Nikon Rumors earlier today, ends by showing a camera body and lens in silhouette, neither of which resembling any products in Nikon's current lineup.

Its caption reads: "Countless rays of light come together, forming an image at the end of their long journey. Nikon's ongoing mission heading into the future: to guide light into forming superb pictures."

So what can we see from the camera? The body appears to have a form similar to models in Sony's mirrorless A7 series, with a centrally positioned viewfinder and a large LCD screen on the rear. The size and shape make it clear that the camera does not have a mirror, which rules out the possibility of this being a new DSLR.

Its lens mount is illuminated, though it's not clear whether this is simply to emphasise the fact that this is an interchangeable-lens camera or whether this a feature that will make it way to the model. That said, illuminated controls and have become more common on recent cameras, such as some Pentax DSLRs and Nikon's D850 among others.

The rear plate has what appears to be a joystick-type control, a feature that's now included on many models to make AF-point adjustment easier, as well as a further button towards the centre of the camera that's surrounded by a small dial.