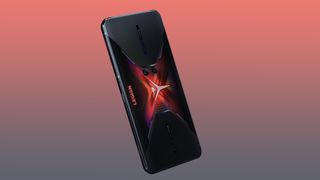 When your phone battery is low and you're in a rush to leave, plugging your charger in and impatiently waiting an extra couple of minutes for just a tiny percentage of extra juice can hardly seem worth it. However, the Lenovo Legion could be the answer to your troubles. This upcoming camera phone is due to be announced soon, but the latest teaser video boasts that it'll be able to set the record for fast charging.

• Read more: iPhone 12: Everything we know

To help achieve these lightning-fast charging speeds, the Lenovo Legion's battery has been split into two cells in order to double the charging speed. According to GSMArena, Legion has implemented 16 security checks to help ensure that all that power remains under control.

Interestingly, the Lenovo Legion will have two USB-C ports, one on the bottom and one on the side. This means that you can easily charge your phone regardless of whether you're holding it vertically or horizontally. This means that no matter whether you're scrolling through Instagram, or watching your favorite show on Netflix, you don't need to worry about losing power.

The Lenovo Legion will be launched on Wednesday 22 July with a 144Hz screen, dual linear vibration motors and a pop-up selfie camera. It will also feature the Snapdragon 865+, a powerful chipset that enables 5G.

Today's best Motorola One deals
Motorola One with 64GB Memory...
Best Buy
$399.99
View
View Similar Amazon US
Amazon
No price information
View
We check over 130 million products every day for the best prices