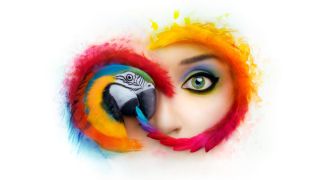 Last week, Adobe discontinued older versions of its Creative Cloud applications and restricted the software that subscribers can download. This week, the company sent warnings to customers still using older versions that they may face legal action if they continue their use.

It all started a week ago, when Adobe announced major changes to Creative Cloud download availability.

"Please note that going forward, Creative Cloud customers will only have direct download access (from the Creative Cloud Desktop app and Adobe.com) to the two most recent major versions of Creative Cloud desktop applications," stated the company, noting that Acrobat is further limited to only the latest version.

Adobe tried to paint the situation as centering around ensuring that customers have the latest "security features and capabilities, critical bug fixes and important security updates. We recommend all customers use the latest release of Creative Cloud for optimal performance and benefits."

However, the reason for removing subscribers' ability to continue using software that they are paying for seems to be more litigious in nature.

"Adobe is in the midst of a lawsuit with Dolby and has accused Adobe of copyright infringement and breach of contract, which could be the reason why past versions of Creative Cloud apps are now restricted," said MacRumors alluding to the ongoing litigation over Adobe's licensing agreement with Dolby (stemming from the initial move to CC from traditional media).

As if it weren't enough that many paying customers could no longer download software they were previously able to, Adobe has now started to email subscribers warning them of potential legal action if they continue to use older versions of CC applications.

I just got an email from @Adobe that I'm no longer allowed to use the software that I'm paying for. Time to cancel my subscription I guess. Share plz. pic.twitter.com/ZIIdqK5AkMMay 10, 2019

With CC subscribers in uproar about the situation (particularly following a series of passive-aggressive tweets from AdobeCare appointing the blame for potential litigation "by virtue of your continued use of the unauthorized products"), Adobe sought to clarify the situation.

"Adobe recently discontinued certain older versions of Creative Cloud applications. Customers using those versions have been notified that they are no longer licensed to use them and were provided guidance on how to upgrade to the latest authorized versions," reads a company statement to AppleInsider.

"Unfortunately, customers who continue to use or deploy older, unauthorized versions of Creative Cloud may face potential claims of infringement by third parties. We cannot comment on claims of third-party infringement, as it concerns ongoing litigation."

It's the latest in a series of black eyes for Adobe, following widespread outcry earlier this month when the company appeared to double its Photography Plan price by removing the £9.98 / $9.99 option.

The best photo editing software in 2019
Adobe sparks panic as its £9.98/$9.99 Photography Plan DISAPPEARS
Adobe slashes 40% off the cost of the full Creative Cloud software suite in UK