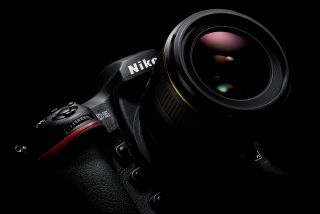 Since beginning as Nippon Kogaku K.K. on 25 July, 1917, Nikon has been influential in shaping how people have viewed the world, whether that’s through a pair of binoculars, a microscope or a Nikkor lens.

From awe-inspiring images of our planet taken from space, to breathtaking pictures returned from the its deepest oceans, Nikon cameras have been the choice of pioneers who have pushed the boundaries of photography.

Nikon has been equally pioneering in its evolution of camera and lens technology, and over the following article we celebrate the innovation and events that have kept Nikon at the cutting edge for the past ten decades.

Nikon hasn’t always been Nikon. In fact, Nikon Corporation as we know it is has only been around for about the past 30 years. When two of Japan’s leading optical manufacturers – the Optical Instruments Department of Tokyo Keiki Seisakusho and Reflecting Mirror Department of Iwaki Glass Manufacturing – merged on 25 July, 1917, with investment support from the President of Mitsubishi, Koyata Iwasaki, the company was known as Nippon Kogaku, K.K. (or ‘Japanese Optical Co.’).

What's in a name?

The Nikon brand name was established in 1946 – not as the name for the company, but for a camera. Nippon Kogaku K.K. execs were looking for a title for a new compact 35mm camera that they were planning to develop. It is said that, in a bid to capture the camera’s compactness while building on the ‘Nikko’ abbreviation of Nippon Kogaku, they considered the title ‘Nikorette’, which sounds perilously close to nicotine gum to us.

Concerned that Nikorette was too weak for a product for which it had major ambitions, the company instead decided to retain the ‘Nikko’ base but add an additional ‘N’ to give, as Nikon puts it, ‘a more masculine impression in the Japanese language’. The first camera to carry the Nikon name – the Nikon Model I – was launched in 1948, and is commemorated by a limited edition crystal version (above), which is available as part of Nikon’s 100th Anniversary collection.

A reputation for reliability

Fast forward to 1988, and on 1 April Nippon Kogaku rebranded as the Nikon Corporation. Products bearing the Nikon name across various markets had built up a reputation for reliability and the company wanted to take advantage of this as it continued to develop as an international brand. The Nikon logo was redesigned to reflect the new branding.

For years, Nikon had stuck with the high-vis combination of black logotype on yellow, but 14 years ago it upgraded this to include the ’sequential rays’ motif.

The use of yellow in the logo is said to express ‘breadth and passion’ and ‘an open attitude and innovative approach’, while the black evokes ‘trust, reliability and quality’. While a blend of yellow and black often serves as a warning to keep away – bees, wasps, hazard tape – in Nikon’s case the combination is designed to attract with promises of ‘high quality’ and ‘trustworthiness’…

So, what feelings does the ray-based graphic treatment stir in you? If they’re along the lines of ’infinite possibility’ and an ’unleashing of the power of imagination turned into actual products and services’, then Nikon’s brand marketing team has done its job.

Nikon launched its ‘I AM Nikon’ advertising campaign throughout Europe seven years ago – and it’s still going strong.

Created by the Jung von Matt/Spree creative agency in Berlin, the campaign was designed to build on Nikon’s ‘At the heart of the image’ concept. “By reminding our customers that they too are at the heart of the image, we hope to ignite a new understanding of photography – one where anyone can express themselves, regardless of their photography experience,” said Nikon Europe’s Birgitta Olson at the time.

The concept was a neat and simple one: express ‘who are you with your Nikon?’. Used to encapsulate a moment and prick the emotions – ‘I AM Neil Armstrong’, to capture a baby’s first steps – ‘I AM Alive’, for a shot of Robbie Williams turning his camera on the crowd – through to the more literal ‘I AM a Super Zoomer’, it’s the myriad ways that ‘I AM’ can be applied that’s given this campaign its longevity.

5 things Nikon has given the world of nature

Like a mini D5, complete with the flagship FX camera’s 153-point Multi-CAM 20K autofocus sensor module. The D500’s advantage it that it has a smaller DX sensor, so the area covered by the autofocus sensor stretches right to the edge of the frame.

Launched in 2013, this VR-enabled 800mm came supplied with a dedicated 1.25x teleconverter, bringing it up to an effective focal length of 1000mm. It includes fluorite elements adopted for ‘superior’ chromatic aberration compensation.

With a Nikon FX DSLR you can switch to DX crop mode and give yourself extra reach thanks to the 1.5x crop factor, all without affecting the maximum aperture – so a 300mm f/4 gives you the angle of view equivalent to a 450mm f/4. Yes, you lose resolution, but you gain frame-filling impact.

Nikon has been involved in the manufacture of binoculars since 1921, with the Mikron 4x and 6x ultra-small-prism binoculars. Its latest WX Series (above) might be aimed more at stargazers than starling spotters, but the optical quality continues to shine.

Whether shooting close-ups of critters, a hummingbird in flight or setting up a camera trap in your back garden, Nikon’s Creative Lighting System makes off-camera flash work clutter-free and painless.