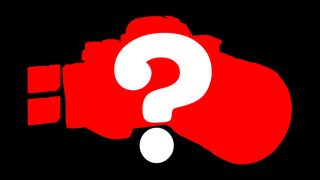 The inescapable onslaught of Black Friday and Cyber Monday sales saw a lot of cameras sold – and we mean a LOT of cameras. And B&H, the world's largest non-chain camera store that ships globally, was responsible for a large amount of those sales.

So the question is, with all the major manufacturers falling over themselves to offer the craziest discounts to eager customers, which were the cameras that most people ended up actually buying – and which single camera was the one that proved most popular in the sales?

These are the top five cameras sold at B&H over the Black Friday and Cyber Monday sales period. And while Sony and Nikon should feel very pleased with themselves, poor Canon didn't fare so fell…

And of course, if you somehow managed to miss all of the Black Friday bargains and Cyber Monday savings, there's still time to get gifts in time for the holidays with a few bucks to spare, thanks to the last-minute Green Monday camera deals!

We know that instax cameras sell like hot cakes year-round, so it should come as no surprise that they were supremely popular in the Black Friday weekend sales, thanks both to the amazing discounts available and the fact that they make such perfect Christmas gifts for both dedicated and casual photographers.

In particular, the Fujifilm instax Mini 9 (in Smokey White) was B&H's fifth biggest seller over the period in the form of this extensive accessory bundle, which also includes a ten-shot pack of film, ten printed magnetic pegs, three magnetic photo frames, two rolls of washi tape, an instax Idea Book and a printed photo tin case.

We suspect that a lot of lucky relatives are going to be unwrapping a Mini 9 on Christmas morning… and assaulting the family with instant photos!

Who says DSLRs are dead? Certainly not the consumers, if Black Friday and Cyber Monday are anything to go by!

The Nikon D750 may be a few years old now, but this full-frame DSLR still packs a heck of a wallop with its 24.3MP sensor, 6.5 frames per second continuous burst shooting and 1080p video – all of which was good enough to make it the fourth best seller over the sales weekend.

Another DSLR and another Nikon in the top five Black Friday / Cyber Monday sellers – this time the Nikon D3500 with 18-55mm and 70-300mm lenses.

In addition to being a current model in Nikon's lineup, the D3500 has simple controls and a novice-friendly interface, making it ideal for newcomers to photography. The dual kit 18-55 and 70-300mm lenses (with a full-frame equivalent focal range of 27-450mm) provides complete coverage, particularly in terms of the long reach for sports and wildlife.

The initial B&H deal also included a 32GB memory card and a copy of Luminar 4, but the $450 saving for the camera and lenses still stands – and is still a great offer.

While DSLR may not be dead, there's no doubt that mirrorless is king – something that's born out by the most popular Black Friday and Cyber Monday cameras. And the second best-selling camera over the weekend was the Sony A7 III.

The Sony A7 III is both one of the best full-frame mirrorless cameras around, as well as one of our favorites. Built around a stacked 24.2MP Exmor R CMOS sensor, it offers enthusiasts and professionals a range of advanced features that are usually only found on more expensive devices.

As well as cranking out 4K video at up to 30fps and continuous stills shooting at 10fps, it also boasts 5-axis in-body image stabilization and claims 15 stops of dynamic range at low sensitivity levels. And it's still discounted by an impressive $200 right now…

The undisputed king of the Black Friday and Cyber Monday sales is also the king of high resolution full-frame cameras: the mighty Sony A7R IV.

A remarkable technical achievement, the A7R IV is powered by a monstrous 61MP Exmor R BSI CMOS Sensor – the highest resolution of any camera on the market short of medium format offerings (and in fact, it has more megapixels than any medium format camera under $10,000!).

Perhaps more remarkable is the fact that the A7R IV was the most-purchased camera over Black Friday / Cyber Monday despite having the slightest deals, given that it has only been available for a few months. Even so, B&H is still offering the camera with a pair of free Sony 64GB Tough memory cards (which you'll need, given the size of these raw files!).

So it's pretty safe to say that the clear winner of Black Friday and Cyber Monday was Sony – though in another sense, the real winners were the lucky photographers who got such great kit with such great savings!