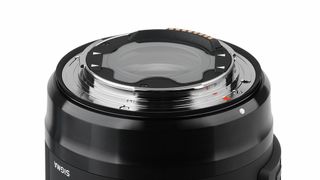 The Rear Filter Holder FHR-11 allows gel filters to be attached to the rear of a lens, allowing for more “freedom for photographic expression,” according to Sigma. The holder was first announced last year for the 14mm F1.8 DG HSM | Art lens, and now the firm has now expanded compatibility to include the Canon-fit version of its 14-24mm F2.8 DG HSM lens.

Users have the option of either installing the holder themselves or paying Sigma to do it for them. If they elect to do it themselves, the kit will come with a fixing guide and some screws for putting the holder in place. This is the more affordable option, although anyone attempting to do this should be aware that any damage caused to the lens during installation won’t be covered by the warranty.

Gel filters are particularly useful for portraiture, allowing photographers to give their images stylised colour casts. They tend to be cheap and will last you quite some time, so if you’re a Sigma user who likes the idea of being able to add this kind of look to your images, the new Rear Filter Holder FHR-11 is an option well worth considering.

The Rear Filter Holder FHR-11 is available from Sigma for a suggested price of £34.99, and if you want the firm to install it for you then the whole package will cost you £59.99. This installation service will be available from May 18th. For more information, see Sigma’s website.