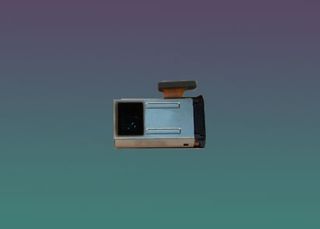 Forget the camera sensor wars - now it seems that the future is all about stuffing as many megapixels as technologically possible onto phone sensors that are just millimeters wide.

Samsung will reportedly be the latest phone manufacturer to use a 108MP sensor that subsidiary Samsung Electro-Mechanics announced in August. However, this sensor has also popped up in the weird, yet wonderful wrap-around screen Xiaomi Mi Mix Alpha 5G phone that will be released in December.

It's admittedly pretty tempting to heartily scoff at the idea of a 108MP phone sensor. Loading up on megapixels only goes so far when improving image quality. The more megapixels you have, the smaller they become. This means that can't capture light in the same way a larger megapixel could, which ends up actually increasing noise in photos.

However, it's likely that, like other high-res camera phone sensors, this 108MP sensor won't actually produce full-res 108MP photos. Instead, the image data will be interpreted by the phone and downgraded to a smaller resolution. This will likely result in sharper detail, a wider dynamic range and lower noise. Color us un-scoffed.

In addition, it's been reported by technology website The Elec that Samsung will be using this 108MP sensor in conjunction with optical 5x zoom camera modules in its upcoming Galaxy S11 phone.

According to The Elec, "industry watchers note that optical zooming usually has preference because pictures remain intact even when they are enlarged." However, optical zooming often means that the phone has to become thicker to house the module, which is why most camera phones have only have 2x or 3x zoom cameras, rather than the 5x optical zoom that the Galaxy S11 is rumored to house.

However, to prevent a thicker phone, the optical camera module for the Galaxy S11 will reportedly come in the periscope type.

Between this juicy Samsung Galaxy S11 rumor, the fascinatingly strange Xiaomi Mi Mix Alpha and the Huawei Mate 30 Pro that packs in two 40MP sensors, the camera phone market is certainly piquing our attention at the moment. We can't wait to see what interesting developments we're in store for next.