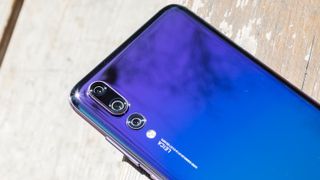 The camera phone market is one of the most exciting around at the moment - but the launch of the Huawei Mate 20 Pro is set to turn things up another notch.

New leaks suggest that the phone has had some DxOMark testing and scored a whopping 116 score. When its stablemate, the Huawei P20 Pro, went through similar testing, it scored a (still impressive) 109 points.

So it beats its sibling rival but what about the rest of the market? We revealed in our iPhone XS camera review that the camera was one of the best around for a phone, but put through the DxOMark testing process, it scored just 104 for camera.

The Google Pixel 3, which has been revealed to have five cameras and isn't released yet either, managed 107 points.

But what does all this mean? Well, DxOMark is the independent resource for image quality so scoring highly on this test proves that the camera on board of the Huawei Mate 20 Pro is going to be impressive. That is if the benchmarking data is real - given the phone is yet to be released, you have to sprinkle some salt on this rumor.

The Huawei Mate 20 Pro is said to have three cameras, like the P20 Pro, but leaks suggest that the way they are positioned on the back of the device is a little 'out there'.

Instead of putting the cameras in a line, according to a supposed leaked image they are in a group of four with the flash on the top right of this grouping.

If the cameras follow the same path as the Huawei P20 Pro camera, then a 40MP RGB, 20MP monochrome and 8MP sensors will be on the device to form a three-camera setup.

If you are looking for a three-camera setup but don't fancy a Huawei, then the Samsung Galaxy A7 will also be released with three cameras.