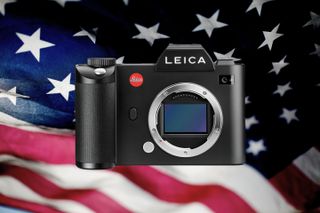 If you're in the US and you're a fan of German manufacturing, then we're afraid we have some bad news. President Trump's administration has imposed a 25% US import tax on European products made in Germany, and this directly impacts German-made cameras and lenses. Scheduled to come into effect on 18 October, this tax will increase the price of the product by a whopping 25%.

When you think of German cameras and lenses, your first thought will be of impeccable quality - and the second will be of a hefty price tag. The most well known German camera manufacturer is Leica (which is infamous for the premium prices its cameras carry), but there are also a few Carl Zeiss lenses that are made in Germany as well, such as the Distagon T* 15mm f/2.8 and the Sonnar T* 85mm f/2.

The fact that this import tax will be raising the price of these already expensive items by quite a sizable amount will no doubt cause some frustration among photographers. While it's true that Leica is a luxury camera brand with consumers prepared to pay premium prices, we can't imagine anyone will exactly be happy about having to pay 25% extra.

While other products have also been included in this new 25% US import tax, instant coffee, pipe cutters and screwdrivers aren't pitched at quite the same price point as a Leica camera. Paying a few extra dollars for some imported Jacobs Kronung Ground Coffee will certainly be frustrating, but making consumers pay an extra $1500 for a $5,995 Leica SL does seem a little unsportsmanlike.

The reason these import taxes have been put into place is essentially because Trump's administration wants to encourage consumers to buy products made in the US. Which makes total sense! Finally, all those American camera manufacturers can stop being sidelined. Like Red, and, uh… Well, I guess we're just lucky Red are known for their consumer-oriented cameras!

While there are apparently a handful of Canon and Nikon products that are made in the US, the reality is that most camera products are made overseas. By blindly enacting import taxes without looking at the actual product landscape, all Trump's administration is doing is hitting American consumers' wallets.

Between the ever-rising trade tariffs on Chinese goods, and these shiny new import taxes on German-made products, it seems the US camera market really is becoming great again (if great is a synonym for wildly expensive).