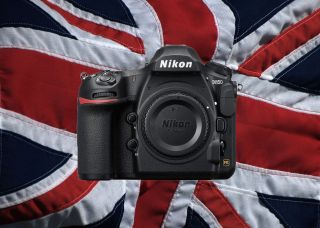 As we glide through October and gently careen towards November, the potent consumerist rush of Black Friday and Cyber Monday gets ever closer. However, there's one fairly significant date looming on the horizon for British shoppers before the Black Friday weekend arrives - and that's Brexit.

With all the political hopscotching going on, it's still not 100% certain that we'll actually be leaving the EU on October 31. However, with a glimmer of hope that a deal might still be struck (or with the possibility that Boris Johnson might somehow circumvent the Benn act and bring us out of the EU without a deal), shoppers are starting to consider how Brexit will impact on them.

According to a survey commissioned by logistics event manager IMHX, 63% of managers at logistics and supply chain managers expect there to be some kind of rush at the shops.

As reported by Techradar, Rob Fisher, event director at IMHX, says, "The lack of clarity and uncertainty that still plagues Brexit continues to cause angst amongst the logistics industry. A no-deal Brexit could still be a reality on October 31, despite the passing of a bill to make it unlawful.

"If this happens, the logistics and supply chain industry predicts a chaotic outlook with the public panic buying and stockpiling food and other goods."

With industry experts concerned that Brexit could cause shortages in medical supplies, fresh food, and even toilet paper, we wonder how camera supplies will be affected.

Will warehouses already be well stocked before Brexit happens, or will companies struggle to get enough stock into the country for the bumper Black Friday sales that they're hoping for? The reality is that we just won't know how everything will pan out until a deal is signed or a no-deal is well underway.

All we do know is that the weakness of the pound post-referendum has already made tech products pricier, so we're not particularly looking forward to what the next few years holds for camera pricing if no-deal becomes a reality.

In the meantime, we'll keep you updated with the latest Black Friday camera deals and news.