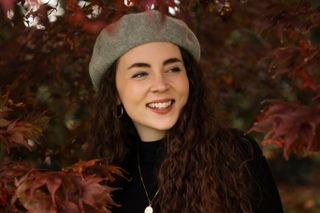 Would you like to go on a little journey? Let me walk you through the range of emotions you might feel when you're asked to write an article on your five best photographs. At first you'll think, "some shameless self promotion? Yes please!". Then, in your ego-inflated state, you'll foolishly ponder to yourself, "how will I only choose five photographs?". However, after hours of scrolling through your images, wondering when exactly they might start looking good, you realize that you'll settle for photographs that are halfway decent.

Or maybe that's just me? While I've been working on the DCW website for just less than a year, I've been a photography journalist for over four years now, shooting and writing photography tutorials across a wide range of genres. I've often said that I'm a jack-of-all-trades photographer – having shot pretty much every genre I can think of with varying levels of success.

However, the flip side of the jack-of-all-trades coin is rarely having the opportunity to master one particular genre. A couple of years ago I realized that photographing people was what I enjoyed the most, so I began to dedicate more time to honing this skill. On this journey I've attended a wedding photography workshop, shot a wedding, bullied my sister into modeling for me more times than she can count and embraced the art of self-portraiture (for those times when my sister had truly had enough).

Taking the time to look back through photos is a great way to see how far you've come – and what areas you still want to focus on to improve further. So, without any further ado, these are what I believe to be the best photographs I've taken so far in my career…

After having shot my second wedding almost a year ago (albeit the first one with more than four people in attendance), I was pretty on the fence about whether I wanted to continue wedding photography or not. In a complete stroke of bizarre happenstance, that wedding happened to fall on the same weekend that I left my old job and travelled halfway across the country to begin working for DCW. This meant that I ended up driving in some kind of demented triangle from Peterborough to Liverpool to Bath (with as many of my worldly possessions as my poor Fiat 500 could carry).

Between the fact that it didn't stop raining the entire time I was in Liverpool, the unfortunate reality that the fluorescent yellow hotel lights where I shot all of my family portraits couldn't be turned off and the nagging worry that someone might break into my car and nick the desk chair balanced carefully on my front seat, that wedding was probably one of the most stressful experiences in my life.

Surprisingly enough (or not…), the above image is not from that wedding (I was actually quite happy with the photos, but they just didn't quite make my top five). Instead, it's from a wedding workshop I attended a few months later. This was a great way to practice different wedding shooting scenarios without any of the pressure of having to deliver the photos to a paying client.

Given that I was all geared up to make summer 2020 my first year of shooting weddings professionally before coronavirus struck, this workshop was worth its weight in gold – and it also gave me one of my favorite images that I've taken so far.

I shot this image using the Nikon 85mm f/1.4G, which was the perfect focal length to slightly compress the background and allow me to introduce some blurred out foreground interest.

I've always been a lover of natural light. I can never understand why anyone would faff around with flashes, softboxes and snoots when they can just step outside and let nature take the lead. I've also never understood why harsh overhead sun is so universally vilified amongst photographers.

This photograph was taken at midday in summer and it's one of my favorite portraits that I've shot. Yes, direct sunlight can produce unflattering results if left unchecked, but there are always ways to mitigate it. I used a combination of a large summer hat and a blossom tree to introduce interesting shadows into the image that helped make the most of the midday sun.

As I've grown more experienced as a photographer, I've realized that if there's one thing I'm visually obsessed with, it's the relationship between light and shadow. The next time you're shooting in direct sunlight, don't worry about unflattering shadows – embrace the opportunity and turn it into something beautiful!

Most of my portraits have been taken on the Nikon AF-S 50mm f/1.8G, a cracking little budget-friendly lens that has never let me down.

… And speaking of light and shadow! This is actually an image that I had floating around in my head for years before I was able to shoot it. I'd always loved the idea of shooting golden light streaming through a window, but had never been in the right place to capture it.

When I moved into my current flat I realized that for half of the year the summer sun is at just the right angle to come through my kitchen window. Then, it was simply a matter of waiting for my unwilling victim (aka my sister) to visit and asking her to model.

While this is an admittedly simple photograph, I love the idea that I created one of my favorite photos in my very own flat, ugly chartreuse kitchen tiles and all.

I shot this photo for my review of the Sigma 45mm f/2.8 DG DN, a lovely little lens that performed beautifully.

This is definitely the oldest photo on my list, clinging on stubbornly by its fingertips partly due to what an ordeal it was to capture it. This photograph is a recreation of John Millais' 'Ophelia' painting, which is one of my favorite pieces of art. Originally, I was going to ask someone else to model for me, but then I realized that asking someone to climb into a river in late October was probably going to be a bit of a hard sell.

I also count this shot as being the beginning of my love affair with DIY flying-by-the-seat-of-my-pants photography. Despite very little sewing experience, I made the dress out of a lace bodysuit, a tulle skirt and a lace overlay, trusting that when half-submerged in water you wouldn't be able to see the giant rip down the back.

While I do still consider this to be one of my best photos, there are plenty of things that I'd change about it now. Firstly, I wouldn't have used the plastic white flowers in the background that were meant to emulate Millais' painting (which were all removed once I left), as no amount of Photoshop could make them look truly realistic. I also feel I would generally do a better job of both shooting and editing this concept now, as three and a half years have passed since I shot this image.

I honestly couldn't tell you what I shot this photo with, as it was so long ago. However, if I was going to recreate it now I'd likely use the Nikon 20mm f/1.8G ED lens, as this was quite a small stream.

I can't tell you the amount of times that I've gotten myself completely soaked in the name of photography. Whether it's climbing into a river, wading into a lake in February (I really need to start paying more attention to the seasons), or just getting continually rained on, I never seem to emerge from a shoot warm and dry.

This shoot seemed set to buck the trend. I was doing an engagement shoot for the lovely couple whose wedding I later photographed and the weather was beautifully sunny and dry. We started off in the forest near the beach, made our way to the sand dunes and then finished off the day near the shoreline.

I'd run back to my camera bag to change lenses and when I turned back I was struck by the reflections on the water left by the disappearing tide. I crouched down lower and lower until the only option left was to kneel on the sopping wet sand, digging my elbows in deep until I found the best composition.

Despite the fact that this ruined a perfectly good pair of jeans, I'm still very proud of this shot. This was my first engagement shoot and I couldn't have asked for a better location or couple. When life begins to return to normal after lockdown, I can't wait to get back to what I love – getting to know fascinating people and trying my best to capture their warmth, wit and beauty in a photograph.

All but one of the images in this article were shot on my trusty Nikon D800, which is now about 8 years old and two generations out of date. If you're looking for a great full frame camera and you don't mind missing out on the latest tech, I'd really recommend picking one up second hand. Just keep an eye on the shutter count – ideally you want it to be below 10,000, but that might be hard to find. If it's nearing 100,000 then you probably want to give it a miss.