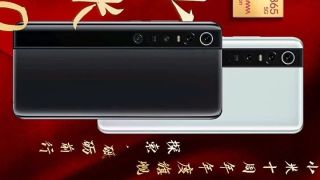 A handful of leaks in recent days have shed light on specs and release information surrounding what’s expected to be Xiaomi’s 2020 flagship smartphone series, the Mi 10 and the Mi 10 Pro, with the highlight across both being that big-pixel-count camera sensor.

Purported to pack a quad-camera setup, in addition to the primary big pixel count camera, you can expect the following resolution sensors: 48MP, 12MP and 8MP. While we can assume that Xiaomi will include a telephoto and an ultrawide camera in its Mi 10 mix, we don’t know which focal length will be paired with which sensor just yet.

Additional leaked specs from The Mr PC include a flagship Qualcomm Snapdragon 865 processor, which should address slowdown we experienced in our review of the Mi Note 10. The phone is also likely to feature a 6.5-inch 90Hz OLED display with a punch hole selfie camera, a sizeable 4500mAh battery, and 40W wired charging and 30W wireless charging in the Mi 10. Meanwhile, the Pro will get 66W wired and 40W wireless charging.

Interestingly, the leaked Pro information also features a suggested DxO Mark score of 125+. If that ends up being true, the score would better the camera benchmark’s current champ, the Huawei Mate 30 Pro, which scored 123.

Despite a February 11 launch all but confirmed, this is a China-specific unveiling. Having said that, with Mobile World Congress 2020 kicking off at the end of February, we’re hoping a global announcement is just around the corner.