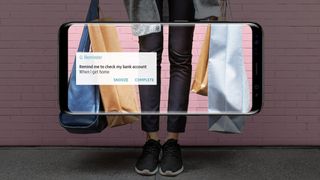 Apple and Samsung are currently the most lucrative phone brands when it comes to trade-in value, according to a new report by British retailer CEX.

The Samsung Galaxy S8 64GB in Midnight Black and the Apple iPhone 7 32GB in black – perhaps the two best camera phones on the market in their prime – are the two phones that will get you the most bang for your buck (or should that be buck for your bang?) should you trade them in, worth £142 and £112 respectively.

Indeed, the study by CEX states that every person in Britain has at least one old phone sitting at home that could be worth an average of £55 if sold on the second-hand market.

Moreover, the retailer claims that each British household also has one old videogames console and four games which are worth a total of around £116. When you factor in other electronics such as cameras, tablets and other tech, it reckons that each home has a small goldmine of £303 just collecting dust.

“All the old phones, tech, consoles and discs we forget about, still have a lot of value," says CEX chairman, Hugh Man. "Most people have no idea they have literally little piles of treasure that have been sitting for years in their cupboards.”

With a lot of people desperately awaiting January payday, having stretched themselves a little thin between Christmas gifts and the Black Friday bonanzas, it might be worth rummaging through your drawers to see if you have any of the following phones kicking around to sell or trade at CEX…