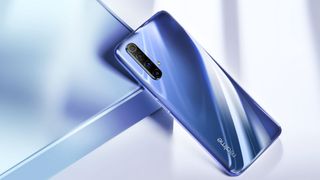 Our invite’s in for Realme’s Mobile World Congress 2020 launch event. The Chinese manufacturer made waves in 2019 with its 64MP Realme X2 Pro, which is one of the best budget camera phones around, but the brand’s been a bit quiet on the western front since the affordable flagship launched last year. If there were any doubts that MWC would see a follow-up, however, they can be put to bed.

In a tweet posted on 5 February, Realme Europe stated “If there were a Realme global launch event, where would it be?”. On an image accompanying the tweet were a set of coordinates, and, you guessed it - punch them into Google Maps and you get Barcelona.

As with many launch events from Chinese manufacturers, we’re expecting this to be an announcement for a western release of a phone that’s already been unveiled in China. Specifically, this will probably be the brand’s first ever 5G phone, the Realme X50.

If there were a realme global launch event, where it would be? Shout out your answer here! pic.twitter.com/lo5Ngu5WX7February 5, 2020

As far as the cameras go, as with the X2 Pro, the X5 features a 64MP main sensor with an f/1.8 lens and no OIS. This sits alongside three other cameras: an ultra-wide 8MP module, a 2x zoom telephoto lens paired with a 12MP sensor and a 2MP dedicated macro camera.

Unlike the Realme X2 Pro, the X5 features a dual selfie camera – one wide and one ultra-wide, as well as a notch-free, punch hole display.

Loaded up with a 4200mAh battery and up to 30W fast charging, the X5 is clearly a balance between midrange and flagship features, and given Realme’s track record, will likely launch in western markets at a very attractive price, despite the 5G premium it packs if indeed it is what‘s unveiled - we’ll be there on 24 February  getting you a hands-on with whatever phone Realme announces