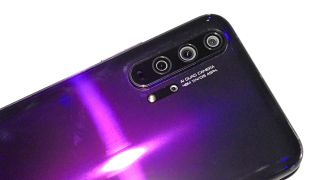 Honor is a sub-brand of Huawei and targets its phones at the youth market. As such, Honor 20-series phones are priced lower than equivalent Huawei models, but it’s hard to find any signs of cost-cutting when you see the camera specs sported by the Honor 20 Pro. This boasts a total of four rear-facing cameras:

And up front is a 32MP front-facing selfie camera

The mid-model Honor 20 also gets four rear-facing cameras like the Honor 20 Pro, but swaps the telephoto camera for a 2MP depth-assist camera, enabling more accurate shallow depth of field simulation. The lens in its primary camera is also 1/3-stop slower at f/1.8

The 48MP main camera in the Honor 20 Pro is the most exciting of the camera quartet, and not just because of its headline resolution. The sensor itself is Sony’s IMX 586 chip, which is larger than average at 1/2-inch size, making it a full 25% bigger than the 1/2.55-inch primary image sensors in the iPhone Xs Max and Galaxy S10+.

A bigger sensor is good news for image quality, as more light can be captured by the increased surface area, leading to clearer images with less noise. Combine this with the f/1.4 lens – itself the largest aperture lens to date in a camera phone – and it’s understandable that Honor is keen to promote the low light capabilities of the Honor 20 Pro.

The Honor 20 Pro has already been tested by DxOMark and received an impressive score of 111, tying with the new OnePlus 7 Pro, and is only a single point behind the top-scoring Huawei P30 Pro and Samsung Galaxy S10 5G – both of which carry significantly higher price tags than the Honor 20 Pro.

The 16MP Super Wide Angle camera in the Honor 20 Pro and Honor 20 is capable of a 117-degree angle of view for capturing dramatic vistas or group shots. And if you need to zoom in to the action, the 8MP telephoto camera gives effectively 3x zoom, extendable to 10x with Hybrid Zoom, which has a minimal drop in image quality. Or when you need maximum reach, you can unleash full digital zoom for a 30x focal length boost, albeit with digital image upscaling and some loss of detail.

Multiple body colour options are available, including Phantom Blue – a blue-green dynamic finish that changes colour depending on how you tilt the phone. Phantom Black is a black with shimmering hints of pink/purple, plus there are plain black, white or blue finishes.

The third phone in the Honor 20 series is the Honor 20 Lite. This budget-conscious option sports a triple camera setup consisting of a 24MP primary camera, 8MP wide-angle camera, and a 2MP depth-assist camera.

Of course this launch comes just 24 hours after it was announced that Huawei (and therefore its sub-brand Honor) are due to be restricted from accessing the full version of the Android mobile OS, as well as Google apps like YouTube and Google Maps. Honor didn’t address this at the Honor 20 launch event, so the verdict is currently out as to how long Honor 20 phones will receive Android updates.

The best camera phones in 2018

The best tripods for camera phones

Best gimbals for your camera phone