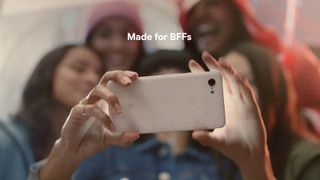 The Google Pixel 3 has been given some fantastic camera smarts but when it comes to videography, you currently have to rely on the phone's in-built mics.

While this is fine for everyday video shooting, if you are going to try and entice the fickle vlogging crowd, then your hardware has to meet certain specs. One of these is the option of adding an external mic to a setup.

This wasn't something that was originally announced with the Google Pixel 3, but is now coming thanks to a software upgrade.

The news was confirmed in a Pixel User Community thread, where someone from the Pixel Camera Team revealed that an update was in the works.

"Hi, folks -- Isaac here from the Pixel Camera engineering team. I have been keeping an eye on this thread since the beginning and have good news. At the same time as Pixel 3 launch (October 18th), we will introduce support for Android-compatible plugged-in external microphones in the default camera app for all Pixels.

"I hope you all enjoy the update."

Let us rock the mic

As the post reveals, this isn't a software upgrade that will just enhance the Pixel 3's camera capabilities but all Pixel phones.

It is thought that with this software update, other camera features will also come to older Pixel phones - something that can happen when you are relying as much on the software behind the cameras as well as the lenses.

The Google Pixel 3 is set to hit shops 18 October and comes with a 12.2MP rear camera with f/1.8 and 8MP dual-front cameras.