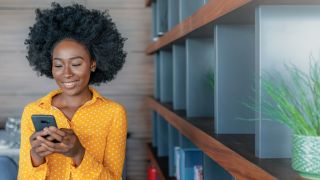 Phone tech has reached the point that size is a personal choice. The best phablets are the choice for those who see screen size as trumping a compact form factor, and it has many advantages. A big screen is great for gaming, watching videos and exploring the web. Those with failing eyesight or slightly clumsy fingers find bigger phones easier to use – and finally a larger housing usually means a bigger battery, so longer standby times.

Many camera phones can be considered phablets, but some are more phab than others. The Galaxy Note series feature built-in stylus which definitely pushes in the tablet-like direction, but others simply make it into this category by being big. There is no exact definition, but it’s fair to call Apple’s iPhone 11 Pro Max, with a 6.5-inch screen (97.9 sq cm), a phablet, while the 5.8-inch (78 sq cm) non-Max iPhone 11 Pro version doesn’t really make the cut.

When the term phablet first emerged, it was associated with value-for-money; opted for by customers who would only buy one device rather than splurging on a tablet and a phone. There are budget choices on this list of best phablets, but it’s fair to say that things have got a lot more fab in the feature front in this category, so photographers, gamers and hard workers will all find options.

Best phablet with a stylus

Perhaps the most phablety phablet of them all, the Samsung Note’s signature feature is the small stylus – the “S Pen” – tucked in its body. The pen-like add-on might look small, but is OK to write with for limited periods, and if you use Samsung’s notes app, it makes a fairly adept translation of even my scrawl into digital type and with 6.8-inches the screen is the size of a small notebook. Usability is slightly sacrificed for design though, with a no-bezel design which makes accidental touches all-too-easy (and transferring the notes isn’t as easy as you’d hope).

Camera-wise, a three lens array, assisted by a VGA-resolution depth sensor, can capture great photos and generate ‘Live Focus’ portraits. They don’t quite have the low-light performance of rivals like Pixel and iPhone 11 Pro. On the selfie side, the top-notch cameras are bolstered with some great effects. The screen mode is set to 1080P by default, helping the phone reach more than all-day battery, but the pixels support a QuadHD+ mode (handy for VR fans).

The Galaxy Note 10 Plus also offers reverse wireless charging, meaning you can not only charge wirelessly, but share some of the phone’s power in the other direction with QI compatible devices, like Galaxy Buds (or Apple’s AirPods, come to that). On the subject of compatibility, there is also a microSD card slot and 5G.

Apple has embraced the phablet format for a few generations now, with the ‘Max’ option for lovers of big screens. Many forums are filled with nostalgic waffle about the tiny-by-modern-standards iPhone 4 (which Steve Jobs compared to a Leica). The main issue, one thumbed typing, is easily solved with the one-handed keyboard options on offer since iOS 11, while the bigger color-balanced screen and unparalleled A13 Bionic processor make this phone a joy not just to watch video but to edit images on.

The three-camera array is amongst the best on the market, bolstered by Apple’s deep pockets when it comes to AI additions like Portrait mode. The wide-angle camera brings a range of possibilities new to iPhone users, and is neatly integrated into the camera app to show you what you might be missing when composing.

The iPhone 11 Pro Max also boasts great battery life and Apple’s extended support. iOS gets software and security updates for pretty much the life of the phone – over 5 years typically – while Android customers are lucky to get 18 months (there’s also 12 months of Apple TV+ so you can enjoy original shows like Mythic Quest). Apple’s extended ecosystem also includes benefits like Siri, “it just works” accessories like the AirPods, and these days even Apple Maps should be considered a plus!

If you want a job doing, go do it yourself. That seems to be the thinking behind the Pixel phones which, after years of providing their Android operating system for other manufacturers, entered the fray themselves in 2016. Not only has that enabled Google to keep features like their own virtual assistant pure and unimpeded by less able manufacturer alternatives (we’re looking at you, Samsung Bixby), but right from the start Google chose to emphasize the camera.

Oddly, though, rather than achieve the pure systems integration which Apple prides itself on, Google seem to have turned their phone customers into a series of beta testers (perhaps not too surprising), so the feature set seems a little at odds with what might be useful. Radar-based gesture sensors? Cool, but they do drain the batteries, and the “Face unlock” security isn’t widely supported in Android apps.

While the cameras are great, there is no wide-angle lens, a real shame given the arrival of a stellar astrophotography mode (over 4 minute exposure) to complement the already excellent low light functionality already seen in the Pixel series. Despite the omission, the AI-based system seems to get things right far more often than not, and also includes Live HDR+ allowing you to shoot with pretty much the same view as the final shot – no jarring ‘and after processing’ moments.

Why the S20 Plus and not the Galaxy S20 Ultra? Put simply, cost. The Ultra is the top of the line product, with 100x zoom and an even bigger 6.9-inch screen, but the S20 Plus can be had for less cash and, if you’ll accept a mere 30x zoom rather than the frankly insane 100x of the Ultra, why spend more? (If you do want to know, check out the full review of that phone).

The 3200x1440 screen is amazing, not least the fluid scrolling in 120mHz mode, powered by an Exynos 990 2.73GHz 8-core processor. HD videos look stunning on the display, though one can’t help imagine the saturation is a little exaggerated. Very little of it is punctured by the small camera hole top centre – no notch here.

The camera array might not have grabbed as many headlines with ‘only’ a 12MP main sensor, but the 64MP 3x zoom means that 30x ‘Space Zoom’ (hybrid/digital zoom) shots are within reach and, with the right steadying aid, look pretty good. You’ve also got 8K video shooting available and you can still shoot 33-megapixel stills as you make movies – decisions are for later! In practice, video benefits hugely from excellent image stabilization, great for action, and the camera in general is gifted a surfeit of AI features from live focus blurring to “Single Take” which will help you pick the best moment  and style from ten seconds shooting.

The OnePlus is a 5G handset powered with a Snapdragon 865 making it more than comfortable driving its glorious 3168 x 1440 pixel 6.78-inch Quad HD+ display, even at 120Hz. While the device design is perhaps less beautiful than some of the others here – a bit busy on the back – it’s cheaper too, and can be chosen in some stand-out body colors. The design includes a punch-out front-facing camera in the top left corner of a rounded screen.

The camera array’s main camera uses the Sony’s 48-megapixel IMX 689 sensor, so it more than holds its own against the big boys. The system has subtle but effective HDR processing, as well as face tracing which can also handle pets (potentially an Instagram essential!) Capable of capturing 4K video at 60fps and down to super slow motion at 720p@480fps. Stills are bolstered by Nightscape, but the really unusual feature is the 5 megapixel Color Filter Camera which shoots through a coated lens to create hardware-assisted Instagram-like effects. Interesting, though of limited use.

In general operation, the phone is well equipped, with Dolby Atmos support and a screen suited to watching or gaming (indeed OnePlus are especially keen to note their boosted haptics and special gamer’s do-not-notify mode). That said, you’ll see fewer customizations to Android than on a Samsung Galaxy (not necessarily a complaint!)

Great photography & a big screen at a budget price

Google phones have established computational photography as a key selling point, so if you’re looking for a great camera in practical use, on a phablet-sized phone, but without the most recent bells, whistles and big numbers of the latest devices, the Pixel 3 XL is well worth a look. The device is upgradeable as far as Android 10, so you’re not behind the times either, though there is no 4K won’t go past 30fps so action video fans should look elsewhere.

At 2960x1440 the P-OLED screen isn’t out of touch with anything on this list, though the notch seems chunky compared to the punch hole on other devices, and it’s not the brightest. It does house two selfie cameras, one ultra-wide, which means you can get more friends into a selfie.

One camera on the back might seem almost quaint compared to the latest phones, but at launch it wasn’t the camera specs but the software supporting it which won plaudits, and even now the reliability and fuss-free approach is up with the best. For the most part you can simply point and shoot and trust the camera to make the right decisions for you, or pick the dedicated Night Sight mode. Google know a thing or two about AI, which really shows in image tones and the fact the system pulls off a brilliant portrait mode without a second sensor.