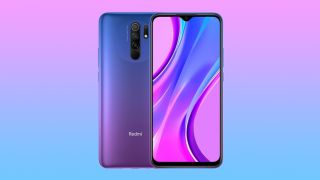 UPDATE 08/06: The Xiaomi Redmi 9 has recently been listed on Filipino retailer Lazada's website, complete with official images, specs and pricing. While the Redmi 9 is due to be officially launched on 25 June, the new details revealed by Lazada line up well with the previous rumors we've heard about this upcoming set of phones.

While the Xiaomi Redmi Note 9 is currently on sale around the world, the non-Note series hasn't yet been introduced to the market. However, specs for the Xiaomi Redmi 9, Xiaomi Redmi 9A and Xioami Redmi 9C were leaked on Monday – and it looks like these handsets could be quite interesting.

Apparently, the Xioami Redmi 9 family will be divided into four handsets. All of them will share the same 6.53" LCD screen and house a 5MP selfie camera on the front. They'll also all have 5,000 mAh battery and a USB-C port as well. However, most of their specs then diverge.

The Xioami Redmi 9A will apparently be the cheapest device, according to GSMArena. It will have a single 13MP camera on the back, a Helio G25 chipset and 32GB of storage. Meanwhile, the Xiaomi Redmi 9 will have a quad camera unit, including a 13MP, an 8MP, a 5MP and a 2MP camera, and 64GB of storage.

There has been some debate over what chipset the Redmi 9 will be using. Originally, it was said to be a Helio G70 SoC, but a new leak claims that it will actually be a Helio G80. If this is the case, then we could see the Redmi 9 come with 18W fast charging as well. Interestingly, images of the Xiaomi Redmi 9 have also recently been leaked by a user on Chinese social media site Weibo.