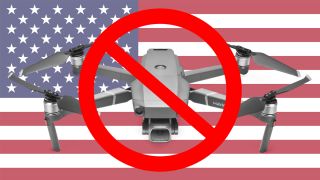 UPDATE 29/05: The legal battle between DJI and rival drone manufacturer Autel has been raging for quite some time, but it has recently reached a boiling point. A few weeks ago, the news broke that a US judge had recommended banning most DJI drones, including the DJI Mavic Pro, after reviewing a claim from Autel that DJI was violating their patent. This would have meant that DJI would have had to withdraw the vast majority of its products from the US market.

However, there has recently been a development that will make DJI enthusiasts breathe a sigh of relief. According to DJI's law firm Finnegan, the ITC's chief administrative law judge has issued a favorable initial determination to DJI. The judge essentially found that various patent claims weren't infringed and were therefore invalid. These patent claims included obstacle avoidance technology and batteries that clamp onto the drones.

Finnegan has also claimed to have scored a win for DJI with the Patent Trial and Appeals Board. Apparently, the PTAB found all three patents that were declared in Autel's International Trade Commission proceeding were actually unpatentable. This essentially means that DJI will be able to continue selling their products in the US.

While the case isn't over yet, this is a pretty positive result for DJI – and anyone in the US looking to upgrade their drone soon.

It seems that DJI has recently found itself in some legal hot water, after news broke that the ITC's (International Trade Commission) chief administrative law judge has recommended barring a whole slew of DJI drones from importation into the United States, including the DJI Mavic Pro, DJI Mavic Pro Platinum, DJI Spark and more.

This dramatic decision comes after Autel Robotics USA, represented by leading international law firm Steptoe, alleged that DJI has been importing and selling drones that infringe on Autel's US Patent No. 9, 260, 184. The ITC chief administrative judge ruled that DJI had violated Section 337 of the Tariff Act of 1930.

As first reported by DPReview, if this decision is upheld, all of the above products could be removed from the US market as soon as July. As the market leader in consumer drone technology, this will certainly be a significant hit for DJI. While it's tempting to wonder whether this move from the US against the Chinese company is related to Trump's trade war with China, it's worth noting that, while Autel Robotics is a US company, it's actually owned by the Chinese corporation Autel Intelligent Technology.

Not content with the possible ban of most DJI drone technology in the US market, Autel has also filed a petition to prevent other DJI products from being sold, including the Phantom 4 and Inspire series of drones. We would be interested to learn whether DJI's successful gimbal range has been at all affected by this, considering that the Autel patent at the centre of the trial focuses on 'compact unmanned rotary aircraft'.

It's possible that the ITC judge's initial ruling could be overturned (and we're certain that DJI will be doing everything they can to make that happen). However, if you're in the US and you've been eyeing up a piece of DJI drone technology – now might be the time to buy it.

Best drones for beginners in 2020: drones that keep it safe and simple
Best DJI drones in 2020: we pick the best drones from the best-known maker
Best underwater drones and ROVs in 2020