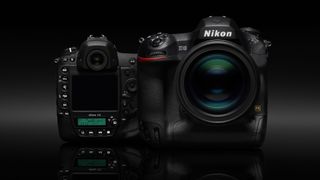 Nikon's D5 may already be pretty much as good as it gets for DSLR users, but some fresh firmware promises to make the flagship FX model even better.

Nikon has also used the update to broadened its support for AF-P lenses. This follows the news of its first full-frame AF-P lens, the AF-P Nikkor 70-300mm F4.5-5.6E ED VR, which was announced earlier this week.

Other changes include updates to the photo info display to show the colour temperature of images captured using the Auto white balance setting, as well as the addition of an EXIF tag listing to show the difference between the local time zone and UTC.

Nikon has also announced a v1.13 firmware update for its D500 DSLR and v1.3 firmware for its B700 compact camera. While these are far less significant than the above – only containing a single fix per update – the D500's firmware does promise to improve the reliability of Snapbridge connections with Android devices, which is very welcome to see given the problems many users have reported with the feature.

All of the above updates can be dowloaded via Nikon's Download Centre.