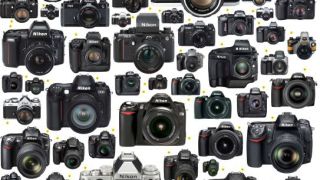 The Camera & Imaging Products Association (CIPA) has published its camera shipment report for September, and year-on-year shipments have continued to decline.

While shipments of mirrorless cameras are eating into DSLRs' numbers, the overall shipments are still shrinking – and with advanced phones like the Nokia PureView 9, with its five Zeiss lenses, that pattern is likely to accelerate.

The question is, with October being the big month for the Canon EOS R and Nikon Z7, can the big two full-frame mirrorless bodies prompt a pickup in shipments? Indeed, will the industry-wide shift to mirrorless help turn the tide, or is the rise in the camera phone to blame?