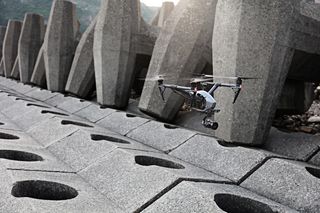 Using a camera drone to film things in the US? Well, there is now a chance that your device will be shot down or confiscated.

This is all down to a new act that has been passed in Washington, which gives police greater powers to shoot down drones if they deem it necessary.

Called, the Federal Aviation Administration (FAA) Reauthorization Act, the new ruling will allow police to either shoot down or confiscate drones if they think there is a credible threat happening.

Obviously, anyone using their drone for filming or even fun shouldn't be too worried about the new ruling. But, these powers do mean that a certain amount of vigilance will be needed when using a drone for filming.

Saying that, the EFF (Electric Frontier Foundation) is worried about these new measures and it penned a piece back in September warning that the ruling, if passed, would be harmful to private drone owners.

Writing about some amendment that were made to the bill, it noted: "The new provisions do nothing to protect private drone operators - flown by journalists, businesses, and hobbyists - from unprovoked, warrantless take-downs and snooping by DOJ and DHS."

Its biggest bugbear is what is classified as a "covered facility" (the area where if drones are found to be suspicious will be taken down), explaining: "The definition for covered facility would allow CBP to potentially take down reporter’s drones capturing footage of controversial detention facilities, as well as allow DOJ and DHS to take down photography drones used by activists and artists at protests and other 'mass-gatherings'.” Ouch.