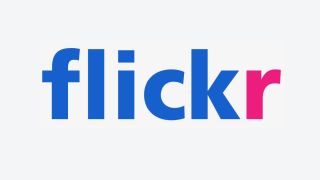 Photo hosting site Flickr has postponed its plan to delete free accounts with over 1,000 photos, which has been pushed back to 12 March from its original D-Day of 05 February.

"Based on feedback from our members and complications some members experienced when downloading photos yesterday, we’ve extended our deletion eligibility deadline until March 12, 2019," said the company in an email statement.

According to USA Today, the 'feedback and complications' amounted to customer complaints and serious server issues.

"The servers were for the most part unresponsive for downloads and very slow for deletes," noted the site. "Flickr is allowing people to download their photos, but only 500 at a time. (That's a problem for us heavy users. We found 27,000 photos that had been stored on Flickr through the years…)

"The download request produces a zip file with the photos sent back from Flickr. There is a master download everything button, but it takes many, many hours to generate the file. We made the request Monday at 11:30 a.m., and nearly 48 hours later on Wednesday, the file has yet to arrive."

After it was acquired by SmugMug last year, Flickr dropped its 1Tb free plan and capped non-Pro accounts to 1,000 combined photo or video files. (It should be noted that Creative Commons photographs will not be deleted.)

While the site has suggested that it will start targeting dormant accounts before deleting active users, anyone using a free account that's over the limit would be well advised to download their files before 12 March. Though of course, there's also the option of upgrading to a Pro account (£3.99 per month for the annual plan or £5.99 monthly).