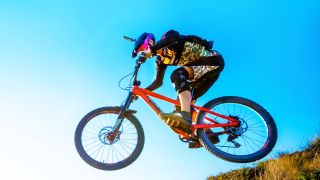 360 cameras are not an easy concept to get your head around. It’s hard to get used to the idea that it doesn’t matter where you point them, and that you can look in any direction you like when you play back video.

But we reckon that the Insta360 ONE X could be the breakthrough camera that makes spherical imaging easy enough for anyone to understand – and we like it so much it’s gone straight to the top of our Best 360 cameras buying guide.

360 imaging: what you need to know

First, these cameras use two ultra-wide lenses that each capture a 180-degree hemispherical view of the world which is then stitched automatically into a 360-degree image.

To understand these, forget about the idea of ‘flat’ photos and videos. Instead, imagine an image captured on the inside of a sphere, so that you can pop your head in and look around in any direction.

You’ll need special apps or browsers to be able to pan around 360 content, but it’s also possible to turn your spherical images into regular ‘flat’ panoramic photographs or ‘flat’ video.

This is the clever bit. You can choose how to frame your photos and your videos before you save and share them. This is where the Insta360 ONE X is so brilliant, because it works with an app on your smartphone which lets you follow individual subjects, set up smooth panning shots automatically and change the angle and direction of view – all without having to move the camera while you’re filming. It also has a pretty remarkable 6-axis gyro and FlowState image stabilisation to keep your viewpoint steady and level, not matter where and how you point the camera (yes, that is weird).

There’s even an optional ‘invisible’ extending grip for the Insta360 ONE X that the app can automatically hide when it stitches its images.

So is 360 the future of travel photography?

Why not! Why waste time fiddling around with smartphones and selfie sticks when you can just click a button and film or photograph EVERYTHING around you?

There are limits, and while the 5.7k resolution of the Insta360 ONE X leads the field for consumer 360 cameras, it doesn’t go far when it’s spread over the inside of a sphere, so your smartphone or camera will probably give you a better-quality ‘flat’ photo or video.

But as a whole new way of seeing and capturing the world, 360 cameras like this one have potential we’re only just starting to grasp, even now!