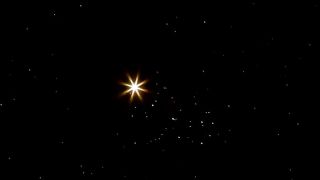 This has been a great week for trying astrophotography, and without having to leave home. The lack of pollution and aircraft make night sky photography much better - and as we have seen in this five-part series we have had a new moon, alignment of planets and a meteor show to add extra interest.

In the last part of the series, we are going to photography clusters of stars – taking advantage of the dark skies afforded by the new moon.

• See other backyard astrophotography projects in this series

The best time to try and photograph a star cluster is going to be after sunset on Saturday.

Stars may seem random, but take a closer look and you’ll notice beautifully compact collections of stars called ‘open clusters’ in our stellar neighborhood. These open clusters contain up to 1,000 gravitationally-bound stars, and they’re fun to photograph.

The easiest and most convenient two clusters to capture this week are the Hyades and Pleiades, both in the constellation of Taurus. The Pleiades – also called the ‘Seven Sisters’ – recently had a planetary visitor when Venus appeared to be within the cluster a few weeks ago (see image, above).

However, on Saturday, April 25, 2020 right after sunset a crescent moon will shine between the Hyades and Pleiades. Another target to go for, which is ‘up’ all night is the Beehive Cluster in the constellation of Cancer, which is symbolic of spring.

Zoom-in and use a relatively fast shutter speed to avoid trailing stars, though a 20-second long exposure on a wide-angle lens can also capture clusters.