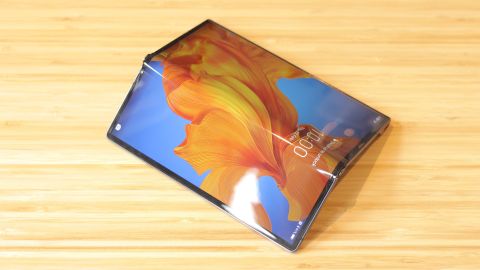 If you’re a photography enthusiast enamored with the idea of owning a foldable, there’s no doubt about it; the Huawei Mate Xs is the one to beat from a camera point of view. It’s also loaded up with more power and faster 5G speeds than almost any other phone currently available - but, as with the Mate 30 Pro, it doesn’t support Google services, which will make it a tough sell despite such its tantalizing hardware.

2019 was a strange year for Huawei. On the one hand, the Chinese tech giant nailed it with the P30 Pro, which introduced periscope cameras to smartphones. At MWC 2019, its Mate X was the foldable on everyone’s lips, casting a shadow over Samsung’s Galaxy Fold. It also combined beautiful hardware and imaging software in the Huawei Mate 30 Pro.

That said, owing to political disputes between the US government, China, and specifically Huawei, on the grounds of security concerns, Huawei was blocked from working with Google going into 2020. That’s why the Mate Xs, Huawei’s latest foldable phone is such a bittersweet device.

The announcement also comes hand in hand with renewed assurances that Huawei is investing in its app ecosystem though, working with developers and promising that for fans in the west, the experience of owning a Huawei phone will only get better.

The Huawei Mate Xs has the best camera of any foldable currently one the market. Its primary sensor is the same as that found on the P30 Pro and Mate 30 - that in itself is a mark of assurance. That translates to 40MP resolution, RYYB subpixel formation and an f/1.8 aperture.

Next, the 8MP telephoto camera is lifted straight from the Mate 30 Pro, complete with an 80mm focal length and an f/2.8 aperture. Finally, the ultra-wide, 17mm module is lifted from the P30 Pro, clocking in at 16MP with an f/2.2 lens.

There’s also a time of flight sensor onboard, and the phone supports macro photography as close as 2.5cm. Complete with Huawei’s excellent night mode, even if you don’t want to take long-exposure shots, you have options, with an ISO that climbs up to 204,800.

Add to the mix 4K video capture and the fact that the primary camera is also the selfie camera given the fact the wraparound screen covers both sides so acts as a selfie viewfinder. There’s very little to argue with here.

Our biggest concern with the Mate Xs is its exposed flexible screen. It’s protected by a two-layer polymer structure which consists of a polyamide base, an optically clear adhesive and a polyamide film. What all this means is plastic, with some more plastic over the top - and plastic, unfortunately, is prone to scratching.

Get past this fact, and you get a lot of options when it comes to how you can use your Mate Xs. As a phone, its main screen measures 6.6-inches. There’s also a 6.38-inch display on the back for selfies, and when opened up, the phone morphs into a virtually square 8-inch tablet.

Measuring 5.4mm at its thinnest part, and 11mm when folded, the Mate Xs’s demonstration of mind-boggling engineering can’t be overstated.

The folding and unfolding mechanism is a touch clumsier than that of the Samsung Galaxy Z Flip. It’s spring-loaded, with a clasp locking it in place. When closed, press the clasp-release on the back to start to unfurl the phone, then finish the unfolding yourself. That said, owing to that clasp, it closes flush, which makes the phone feel very manageable and solid when

With Kirin 990 power, Huawei’s 5G radios - which are more futureproofed than pretty much anything on the market (supporting more 5G bands including 27mm), unlike other foldables, the internals on offer are second to none.

There’s also a decent-sized 4500mAh battery, split across two cells, one in each half of the phone, and the Mate Xs supports fast-charging up to 55W. That translates to a charging time of 30 minutes to power up 85%.

Running Android 10, albeit without Google Play Services, while you won’t get favourites like Gmail or YouTube, the Mate Xs supports up to three apps on-screen at any time - two split across either half of the tablet display and a floating window.

It’s clear Huawei’s invested in making its latest foldable as cutting edge as possible, despite the fact it’s running with a missing feature out of the gate - Google support. While the screen’s durability is our only real hardware concern, and it’s too early to comment on that now, and the Mate Xs doesn’t feel as real-world friendly as the Galaxy Z Flip, it’s a much more exciting foldable, and could be an important step to folding hybrid devices we’d actually want to fork out a gargantuan sum of cash for.