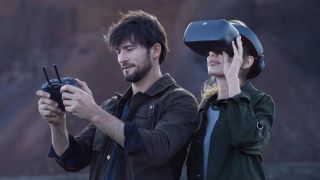 As camera drone technology becomes more and more advanced, drone legislation is racing to catch up. Over the past year, we've seen legal loopholes close up as governments across the world seek to ensure proper protection for their citizens against irresponsible drone use. It appeared as if camera drones (and their manufacturers) had earned a short reprieve against the onslaught of legislation, but a new US bill introduced by Republican Utah Senator Mike Lee might just change that.

Senator Mike Lee was initially involved in a previous bill, the Drone Federalism Act of 2017, that sought to restrict drone usage by giving property owners and local governments control over National Airspace. This ultimately proved unsuccessful, but it's clear that Lee is determined to try again with his latest bill, the Drone Integration and Zoning Act.

This new piece of legislation will allow cities, states, and Native American tribes to set their own rules on low-flying drones. This seems to mean that many of the regulations the Federal Aviation Administration (FAA) have so carefully crafted will effectively be rendered useless.

As reported by DP Review, if this new bill is passed it will give home owners, local businesses, and counties full control over the first 200 feet of airspace above their designated property lines. Then, above 200 feet, the FAA rules would apply.

Senator Mike Lee gave a statement regarding the new bill. "The FAA cannot feasibly or efficiently oversee millions of drones in every locality throughout the country… The reason that the states have sovereign police powers to protect the property of their citizens is because issues of land use, privacy, trespass, and law enforcement make sense at the state and local level. The best way to ensure public safety and allow this innovative industry to thrive is to empower the people closest to the ground to make local decisions in real time…"

According to the proposed bill, the suggested "reasonable restrictions" could include:

• Specifying limitations on speed of flight over specified areas.
• Prohibitions or limitations on operations in the vicinity of schools, parks, roadways, bridges, moving locations, or other public or private property.
• Restrictions on operations at certain times of the day or week or on specific occasions such as parades or sporting events, including sporting events that do not remain in one location.
• Prohibitions on careless or reckless operations, including operations while the operator is under the influence of alcohol or drugs.
• Other prohibitions that protect public safety, personal privacy, or property rights, or that manage land use or restrict noise pollution.

Sensible drone legislation is undoubtedly important, but we feel that Senator Lee is somewhat misguided in his approach. Many of the proposed restrictions in this new bill are already covered in some way by the FAA's regulations. The issue is that this new bill would complicate camera drone usage by adding 'too many cooks in the kitchen'.

By allowing individual local governments to make their own laws - let alone individual home owners - flying camera drones will become incredibly complicated. How will camera drone users know where they can or cannot fly their drone if there are different restrictions based on what state, county, town, or even neighborhood they're visiting.

DJI's Director of US Legislative Affairs, Mark Aitken, gave a statement to Axios, saying that this bill would "spur state and local governments across the country to impose harsh and conflicting taxes and fees on professional and recreational drone flights, throttling an industry still in its infancy."

It's also not clear how much power this bill would give local governments over camera drone usage. Will they be able to ban drones over a certain weight? Or that have a certain sensor resolution? All in all, not only could this bill be problematic for consumers, there's a possibility that it might also cause serious complications for drone manufacturers as well.

The fact of the matter is that while the majority of camera drone users are respectful, there are a select few that ruin it for everyone else by using their drones irresponsibly. If every camera drone user simply employed their common sense, politicians such as Mike Lee wouldn't feel the need to try and push through such overly restrictive legislation.