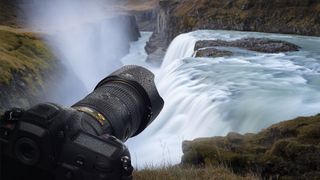 Favored by professional photographers all around the world, the 70-200mm f/2.8 zoom has become a ‘must have’ lens.

It combines good telephoto reach with a fast and constant aperture, ideal not only for freezing the action with fast shutter speeds, but also for giving a tight depth of field. Supremely versatile, this class of telephoto zoom lens is often used for shooting everything from sports and wildlife to portraiture, along with wedding and event photography.

The 70-200mm f/2.8 is a mainstay of the lens line-up for every manufacturer of full-frame cameras, including Canon, Nikon, Pentax and Sony. Serious competition also comes from independent manufacturers like Sigma and Tamron, keen to get in on the action. In every case, you can expect pro-grade construction and superb image quality, although prices can vary considerably.

And not just for full-frame cameras: there’s a lot to be said for using a 70-200mm lens on APS-C format bodies. The effective zoom range gets bumped up to 105-300mm (112-320mm for Canon). You therefore get the top-grade image quality and superior handling of these lenses, along with a boost in telephoto reach.

The only real downside to 70-200mm f/2.8 lenses is their size and weight. They’re not unduly heavy, typically weighing in at around 1.5kg, but if you’re already carrying a full-frame DSLR and 24-70mm f/2.8 lens in your camera bag, along with a few other camera accessories, the weight can soon mount up. And long periods of handheld shooting with a 70-200mm f/2.8 lens on a chunky DSLR body can feel a bit of a pain.

Many manufacturers therefore offer a 70-200mm f/4 alternative. Naturally, these lenses are an f/stop ‘slower’, so you can’t maintain such fast shutter speeds or gain quite such a tight depth of field, but they’re noticeably smaller and tend to be only about half the weight (and price), while usually maintaining excellent image quality. Let’s take a look at the best 70-200mm telephoto zoom lenses.

This has long been Canon’s top-flight 70-200mm zoom

Launched back in 2010, the second edition of this flagship Canon 70-200mm has become a firm favorite with Canon shooters. Build quality is tough, handling is refined, and it has the usual top-flight attractions like fast ring-type ultrasonic autofocus with manual override, a dual-mode Image Stabilizer for static and panning shots, and a tripod-mount ring.

Image quality is mostly fabulous, but the lens is a little more susceptible to ghosting and flare than some competitors. There’s also no manual-priority autofocus mode, so you have to wait for autofocus to lock onto a subject before overriding it, and you can’t use manual override in AI Servo (continuous AF) mode.

In addition, there isn't an mode in which image stabilization is applied solely during an exposure. Nikon, Sony and Tamron now offer this, making it easier to track erratically moving subjects in the viewfinder. This popular 70-200mm Canon lens has just been superseded by a new Mark III model (below).

At a glance, you’d be hard pressed to spot any difference in Canon’s new Mark III edition of its 70-200mm f/2.8 lens from its predecessor. It’s a slightly paler shade of grey and the front and rear elements gain a fluorine coating to repel grease and moisture, and to make cleaning easier. Internally, Canon’s high-tech ASC (Air Sphere Coatings) has been added to one of the elements to reduce ghosting and flare.

However, the actual optical path, autofocus system and Image Stabilizer remain the same. It’s interesting to note that the stabilizer is now rated at 3.5-stops rather than the previous lens’s 4-stops, but that’s probably down to Canon switching to CIPA-based ratings. Overall, the new third edition of this 70-200mm Canon telephoto lens is an improvement, but not a big one.

Reasonably lightweight but we prefer Tamron’s 70-200mm f/2.8 G2 for the same money

Canon still markets non-stabilised versions of its 70-200mm f/2.8 and f/4 lenses but, given that there’s no camera-based stabilization for stills, the ‘IS’ editions are a much better bet for telephoto shooting. This f/4 lens also features weather-seals that are absent in the non-IS edition, although it does cost twice the price. Even so, it’s still considerably cheaper to buy than Canon’s f/2.8 stabilized zooms.

Optical highlights include Fluorite and UD (Ultra-low Dispersion) elements, similar to those used in Canon’s 70-200mm f/2.8 lenses, together with a fast ring-type ultrasonic autofocus system and a 4-stop Image Stabilizer. As you’d expect, this telephoto zoom lens is only about half the weight of its f/2.8 siblings and, as such, a tripod mount ring is only available as an optional extra. You can use the lens with Canon’s 1.4x and 2.0x Extenders (teleconverters) but with the latter, you’ll need a fairly recent camera body that supports autofocus at f/8. For the same money, we prefer Tamron’s 70-200mm f/2.8 G2 (see number 12 in this list).

This lens costs more than some 70-200mm f/2.8 lenses from Sigma and Tamron, despite being one f/stop slower. The upside, as usual, is that the f/4 aperture rating enables smaller-diameter elements, and, therefore a smaller and lighter build overall. Even so, the filter thread in this Mark II lens is increased from 67mm to 72mm, compared with its predecessor.

Unlike the EF 70-200mm f/2.8L IS III USM with its minor updates, the f/4 II has more sweeping changes compared with its predecessor. These include a revised optical design for better overall image quality and a closer minimum focus distance. Coatings are upgraded to further reduce ghosting and flare, and keep-clean fluorine coatings are added to the front and rear elements, although top-tech Air Sphere Coatings are not employed.

The revamped image stabilizer is particularly impressive, with a 5-stop CIPA rating. Unlike the EF 70-200mm f/2.8L IS III USM lens, this one also gains a third IS mode, in which stabilization is only applied during exposures. All in all, it the f/4 II lens feels much more of an upgrade than the more expensive f/2.8 III option.

The latest and greatest edition of Nikon’s 70-200mm f/2.8 lens has a completely revamped optical design, including a fluorite element, six ED (Extra-low Dispersion) elements, one HRI (High Refractive Index) element and nano-structure coatings. As with the competing Canon 70-200mm f/2.8 IS II and III edition zooms, the optics are wrapped up in a tough yet reasonably lightweight, weather-sealed magnesium alloy barrel.

Unlike the Canon lenses, the Nikon telephoto zoom lenses can be switched to auto- or manual-priority autofocus modes, the latter enabling manual override without waiting for autofocus to lock on. An additional button is also on hand with switchable options for AF-On or AF-Lock. Upgraded VR (Vibration Reduction) is worth four stops and gains a switchable ‘Sport’ mode. This applies stabilization only during exposures, making it easier to track erratically moving subjects in the viewfinder.

Yet another update is that the aperture is controlled electromagnetically rather than via a mechanical lever. This enables greater exposure consistency during rapid continuous shooting. The downside is that aperture control is unavailable on some older DSLRs, including the D1, D2, D40, D50, D60, D70, D80, D90, D100 and D3000, with which you can only shoot wide-open at f/2.8.

Announced at the tail end of 2012, this telephoto zoom lens filled a longstanding gap in Nikon’s lens line-up, in the shape of a relatively compact and lightweight 70-200mm lens. Downsizing is enabled by the f/4 rather than f/2.8 aperture rating, but the usual benefits of fully internal zoom and focus mechanisms still apply. As such, the lens doesn’t physically extend at any zoom or focus setting.

Weighing in at 850g, the lens is light enough to use on a tripod or monopod without a mount ring, but an optional ring is available at a typically steep price, if you buy the genuine Nikon article. This is worth considering if you’re likely to shoot in portrait (upright) orientation with a tripod, as the ring enables a much better balance, as well as easy swapping between landscape and portrait orientations. Although this lens has a weather-sealed mount, it lacks the full weather-seals or magnesium barrel of Nikon’s f/2.8 lens. Despite having a mostly plastic construction it still feels robust and well-engineered.

Helped by three ED (Extra-low Dispersion) elements and an HRI (High Refractive Index) element, sharpness and contrast are superb, while colour fringing is negligible. Nano-structure coatings keep ghosting and flare to a minimum and the 4-stop stabilizer is also highly effective. All in all, it’s a top-performance lens with great handling, in an easily manageable build.

Some of Pentax’s current lenses have a distinctly dated looking design, but this telephoto zoom lens is something of a high-tech feast. It has a built-in DC motor that delivers fast, near-silent autofocus, complete with switchable auto- or manual-priority manual override, courtesy of Pentax’s Quick Shift system. The optical path includes two ED (Extra-low Dispersion), two Super ED and four ‘extraordinary-low dispersion’ elements, along with nano-structure Aero Bright Coating II and conventional HD coatings. The result is excellent sharpness and contrast along with minimal colour fringing.

Further attractions include fast and whisper-quiet ring-type ultrasonic autofocus with manual override, plus an Optical Stabilizer with switchable static and panning modes. However, the stabilizer lacks a third mode for application only during exposures and, while it’s rated at four stops, we find its performance is closer to three.

Build quality feels good overall, with mostly metal barrel parts but, unlike many competing lenses, it lacks weather-seals. Providing you’re not planning on extensive rainy-day shooting, this f/2.8 lens is a bargain buy, seriously undercutting the price of Canon and Nikon f/4 lenses. The price difference is even more stark compared with own-brand f/2.8 lenses.

Sony’s E-mount cameras have stolen most of the limelight recently but there’s still something to be said for the company’s A-mount SLT (Single Lens Translucent) bodies, for which this lens is a perfect fit. Upmarket features include SSM (SuperSonic Motor) autofocus, which is essentially a ring-type ultrasonic system, as well as Sony’s Nano AR coatings to reduce ghosting and flare.

Advanced controls include three ‘focus-hold’ buttons around the forward end of the lens and a DMF (Direct Manual Focus) switch at the rear, for auto- or manual-priority override of autofocus. The optical line-up includes four ED (Extra-low Dispersion) elements.

We found sharpness a little below average when testing the lens on a Sony A99 body, and there’s no optical stabilization. The A99’s in-camera stabilization proved a poor substitute with this lens, with an effectiveness of around two-and-a-half stops.

Surprisingly for an E-mount lens, the one is slightly larger and heavier than Sony 70-200mm f2.8 G SSM II zoom for its mirror-laden A-mount cameras. It certainly dwarfs Sony A7 series bodies and looks a bit of a mismatch. However, handling is very refined nonetheless. Focus hold buttons encircle the forward section of the lens and, unlike in Sony’s A-mount edition, this one includes OSS (Optical SteadyShot) stabilization.

Sony doesn’t give an official rating for its effectiveness but we found that, when used in conjunction with stabilization in recent A7 series cameras, the combined effect is worth up to five stops. The high-tech autofocus system incorporates ultrasonic ring-type drive for the larger moving elements, plus dual linear motors for the smaller ones.

Weather-sealed build is of a fully professional-grade standard and image quality is similarly impressive. Sharpness and contrast are outstanding, and the extremely well-rounded 11-blade diaphragm helps the lens to retain delicious bokeh when the aperture is stopped down a bit.