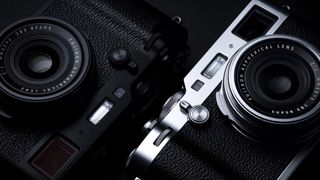 Fujifilm's X series of compact and mirrorless cameras has been one of the most successful camera lines in recent years – and rightly so.

From the styling of the camera bodies and the quality of compatible optics through to the company's unique sensor technology and Film Simulation options, Fujifilm has brilliantly fused old and new to create something that no other company has managed to match.

Its cameras are loaded with many clever features and masses of customisations, but it's easy to feel overwhelmed when navigating the various menus. For the benefit of any users in this situation, we've sorted through all the various options and picked out ten things that may change your shooting for the better.

Fujifilm offers a particularly broad range of control for all the various buttons that can be customised, in contrast to certain other manufacturers who only allow you to assign certain options to certain controls.

Quite how much control you have here depends on the model you use. You should customise your Fn button at the very least, but dig a little deeper and you’ll find that you can go right down to the pressing in of the rear command dial if your camera has one (which is, by default, the control that lets you zoom into a captured image).

Popular options include the option to adjust the Dynamic Range setting, as well as the various autofocus settings and even the option to vary which type of shutter to use (more on that below). If you want to save yourself some card space, you can even shoot in JPEG as standard and use this button to quickly switch to Raw shooting for critical captures.

2. Give your camera a boost

The Power Management option in the Setup menu on recent models typically contains only two settings. One of these lets you control the Auto Power Off duration, which should be fairly self explanatory, and the other is labelled Performance.

Performance usually gives you two options, whose names vary between models. The default option is named either Normal or Standard, while the other is titled Boost on some cameras and High Performance on others. So what exactly does this latter option do?

It's designed to improve three things: autofocus, viewfinder and/or LCD display quality and, on some models with a viewfinder, the viewfinder refresh rate. As you may expect, this does come at the cost of battery life, so make sure to switch this off when you're close to running empty. Helpfully, you can also assign this feature to a custom control, which lets you activate and deactivate it quickly.

Some models also feature an Economy mode, which lies at the other end of the scale to the High Performance/Boost option.

3. Get to know your shutters

Fujifilm is one of many manufacturers that allows you to choose between using the mechanical shutter and an electronic one. Both of these have their pros and cons, so it’s worth knowing which is best to use in a given situation.

The default option is the mechanical shutter. This is the best option for everyday shooting, and is the option you need if you want to use flash. It does, however, have the drawback of being audible, and because it involves physical movement, it can compromise image sharpness in some situations.

The electronic shutter appears as the perfect alternative to this. It doesn't create any vibrations and is silent in operation, and it can be used to access shutter speeds that aren't achievable using the mechanical shutter alone. It's not suitable for every situation, though, as the nature of its operation means that moving subjects can appear skewed, and you may find it produces odd results in some artificially lit conditions.

Fujifilm also allows you to set the camera to a third option which automatically chooses between the two. Head to Shutter Type in the Shooting settings menu to access these.

One of the traditional advantages of compacts and mirrorless cameras is that they allow you to capture images with far less noise than DSLRs. Quiet, or silent, shutter options on DSLRs have never really come close, and although DSLR manufacturers have started to match them in this area, it’s still far easier and more practical with compacts and mirrorless types.

There may be many reasons why you need to shoot discreetly, such as when shooting inside a church or another place or worship, perhaps at a wedding, or during another event when there's not much noise to mask operational sounds. Fujifilm’s cameras now typically allow you to do this, although there are a number of separate operations that need to be followed for the most discreet operation.

Setting Operation Volume to mute isn’t simply enough to silence your camera; you need to also set your AF Beep Volume and Self Timer Beep Volume to off. Also, switch from the mechanical shutter to the electronic one, before setting the Shutter Volume to the off setting, but bear in mind the issue with artificial light mentioned above when using this.

While many photographers prefer the convenience of an image displayed immediately after it's captured, you may not want this to be the case. Indeed, many cameras (including those from Fujifilm) have this option set to off by default.

Having this feature disabled not only saves battery life but also means the camera won't constantly interrupt you when you're rattling off a number of frames in quick succession – but it's useful to know that you can enable image review if you need to.

The 0.5sec and 1.5sec options are perhaps most useful for day-to-day shooting, but if you're working on a tripod, you may want to set this to the Continuous option, which will simply keep the image displayed until you half press the shutter release button (or fully press the menu button). This option is found in the Screen Settings sub-menu in the Setup menu.

Read more: 10 tips on getting the best out of your Canon camera