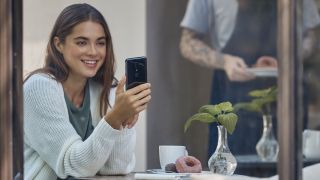 The OnePlus 6T has arrived and it's the latest in a long line of phones that come packing some serious photographic chops.

The OnePlus 6T has been given the same lens specs as the OnePlus 6. There's a 16MP wide-angle lens on board, 20MP second lens and OIS on the main lens. The aperture for both is f1.7 and there's a 10x zoom.

While the hardware is the same, OnePlus has tweaked the software side of things considerably. Two big features to mention are Nightscape and Studio Lighting.

Nightscape is the feature you want for capturing low-light environments. The idea being that shooting in Nightscape will improve clarity of shots, produce less noise, more accurate colour reproduction and better dynamic range.

Speaking about the new feature, at the launch North America Region and Global Marketing, Kyle Kiang, said: "We have been thinking about what low light photography actually means. What we were trying to get to was a device that allows you to take the best photos at night, quickly.

"The whole point of Nightscape is to take great photos and not necessarily have to go into the settings."

To make Nightscape work, OnePlus uses a multi-phase process (mixing HDR, detail optimization and noise reduction). OnePlus has made this feature fast, too, with Nightscape taking just two seconds to capture a photo.

Interestingly, this feature will also be available with the OnePlus 6 soon, thanks to a software update.

Studio Lighting, on the other hand, has been created to recognize faces and adjust the lighting accordingly to simulate professional lighting.

To make sure it has got this feature right, OnePlus has enlisted the help of photographer Kevin Abosch - you know, the one that made a million photographing a potato.

He was at the launch and said: "The camera is what I get the most excited about. Photography is so much more than capturing a scene or moment. I am a reductionist, I like compositions that move my attention to something in particular. I like images that resonate honesty.

"Studio Lighting is an exciting feature that I worked with the team to develop. When it detects a human face in portrait mode, it enhances the luminosity."

As an added bonus, Google Lens is baked into the device so you can point your lens at any number of things and get some AR goodness in return.

Other specs include: a 6.41-inch Optic AMOLED display at a 19.5:9 aspect ratio, Qualcomm Snapdragon 845, with up to 8GB of RAMm, a beefy 37000 mAh battery and in-display fingerprint scanning.