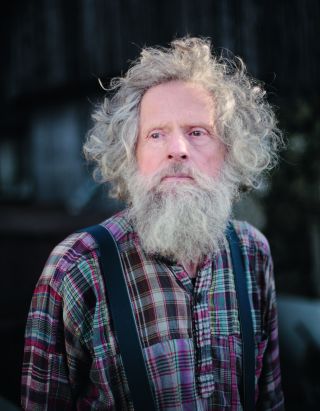 “I can’t imagine what it would be like to live in the middle of the Atlantic Ocean on an island where you can walk from one side to the other in just 15 minutes,” Kevin Faingnaert says to begin to explain his fascination with unusual communities. His sense of wonder led him to spend last February in the cold, beautiful and remote Faroe Islands, where he spent a month photographing the people he met and the places he visited there. The resulting series ‘Føroyar’ won the Zeiss Photography Award ‘Seeing Beyond’ in the Sony World Photography Awards and pride of place in the award exhibition at London’s Somerset House.

The young Belgian has only been working full-time as a photographer for two years, dedicating much of his time to personal projects to build up his portfolio. With no art school or photography background, Faingnaert bought his first camera to record his friends performing skateboard tricks when he was a teenager, and has been shooting ever since. After five years as a school assistant, he quit his job and two days later dedicated himself to photography. “I had always dreamed about making a living from photography, but I thought it would be too hard, or impossible. Then I thought, ‘I’m going to try it,’ and I started photographing morning until evening.”

His dedication to professional photography is apparent in his work since. Projects include quietly understated images shot in an eco-community in Spain called Matavenero; beautifully spare travel work from Bolivia and Peru to Portugal; almost poetic photographs of banger racers at home in Belgium; and strangely calm portraits of cartoon-like wrestlers. His latest works, ‘Føroyar’ and ‘St Olaf’s Wake’, offer portraits of the Faroes and their people.

His first visit to the islands came about almost by putting a pin in a globe. “I was bored in Belgium. It was January, and I had no plans – I didn’t have a project. I thought perhaps I would just go away to try to find something while travelling. I was looking for islands, but I didn’t want to go to the other side of the world. I pointed at the map and I found the Faroe Islands, which I’d never heard of.” A few days later, he was landing at Vágar. “I’d never been to an island before. Everything on the internet about the Faroes was about whaling, and I thought, ‘There has to be more to it than that.”

The archipelago of 18 volcanic islands, midway between Iceland and Norway, has a population of around 50,000 people, many living in small far-flung villages in traditional turf-roofed homes. Faingnaert’s approach was simply to go there to see what would present itself. He arrived with a backpack and a Canon 5D, and in order to get close to the people and their homes he couch-surfed, staying with Faroe Islanders, going from village to village, building up a sense of the place. “For the first few days I stayed in a village with a guy, and he knew somebody, and when I went to his village, that guy also knew someone. It was like a chain reaction, I got to stay everywhere, mostly through the connections of friends and families. Everybody knows somebody from another village. I met people, they took me to parties, to bars, to eat whale meat, and stuff like that. There aren’t many buses on the islands, so I hitchhiked all the time, which was also a great way to meet people.”

A rugged outcrop in a teal-blue sea, brightly painted wooden buildings against tall snow-tipped mountains, steep inclines and the deep, dark water of the wild Atlantic frame Faingnaert’s depiction of the islands. You can almost feel a rain-filled wind whipping your face and hear the calling of gulls. “I want to show the feeling of life in the more isolated and remote villages on Earth. I’m always looking for people who have an unordinary life, something that they are connected by.” We see men with checked shirts and beards, a neatly suited man in an isolated church, and a storm petrel, trussed with parcel string and pinned to what looks like a lump of Plasticine shaped into a tiny boulder, waiting to be stuffed. In some ways Faingnaert’s vision might appear to be a bleak portrait of an isolated life, but the spirit of the work is not. “Føroyar’ is about the small villages where only 20 people live, and the people who live there. It’s not that they live in complete solitude or in a primitive way, because the islands are very well connected – there is a helicopter ferry between the islands. If you’re a Faroe Islander, you can get a helicopter ride for the same price as a bus, it’s so cheap. They’re full of local people with their groceries, as if it’s the most normal thing on Earth. And then they hop out and walk to their villages.”

Faingnaert’s images demonstrate a sparseness, a minimalist attention to detail and a considered colour palette that reflect the windswept Faroes themselves. This is not by accident. Inspired by American greats such as Sternfeld and Soth, Faingnaert considers an overall aesthetic and a rigorous edit essential to the impact of his work. “I put a lot of time into selecting my photos. In the end, that is the most important thing for me – I don’t spend much time editing or colour correcting, most of my time goes into selecting the right images, and putting them in the right order. For me, the photos need to look good as well. The first thing you see when you look at a picture is the colours and the lines and the composition, and afterwards you want to know the story. You need to be hard on yourself sometimes, you need to see which are your best pictures, and all the rest must be discarded.”

From the many, many photographs taken over the month-long trip, Faingnaert gives us just 24 final images – only those that communicate the right feeling. There are no extraneous images, no inessential noise. “I like to keep my photos really simple. They must be very quiet. I feel that I can explain more in pictures than in words. Mostly when I talk too much, my work becomes less good, you know what I mean? When I try to explain a portrait or a photograph, it doesn’t sound as good in words.” His work is a short story to a Soth epic novel; he gives us pared down phrases, each face an essential character and each detail a subtle insight. “I shoot kind of on the move, I mostly have an idea and then I change; I see a corner and I take the picture there, or something happens and then I see it and I photograph it immediately, because if I wait too long, it will pass.”

Faingnaert photographs simply with a generous interest in the world and its people, and his recent win will likely be the first of many. His next project, to be shot with his new Zeiss lenses, is planned for this summer and involves another quiet adventure with a remote community pursuing an unordinary way of life. He’s looking forward to it, as he says, “I feel like a child again, discovering the world.”